Today I met a friend at Exhale Barre (Flatiron) for the first time, for a post-Christmas workout. The studio is pristine and conveniently located near the flatiron building, madison square park and several east and west subway lines, so I was excited to discover a new workout that rivals Physique 57 (my favorite!) in a Physique-location-desert.

Overall: Attentive staff, clean studio, tough workout: I give it 8/10 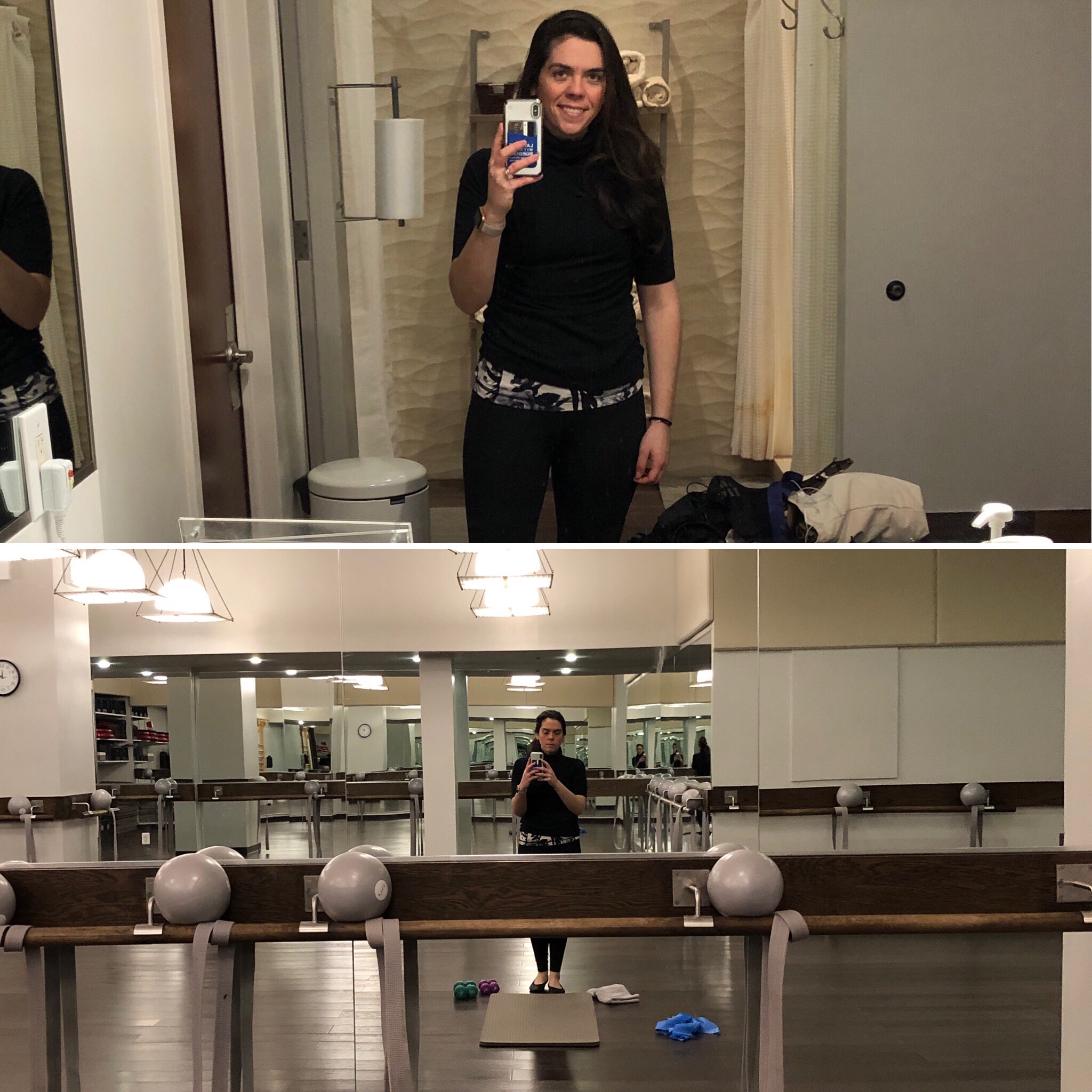 Pros:
– Bonus points for friendliness, from the front-desk staff to our instructor, Rachael, everyone at Exhale was kind, warm, and energetic
– The studio was super clean; while I brought a change of clothes and was heading home afterwards, I would have been totally comfortable in their locker rooms and showers
– The barre studio has a beautiful hard wood floor instead of a worn carpet (why don’t more studios do this?!)
– Equipment was in great shape (especially appreciated the high quality foam/rubber mats

Lows:
– Class was only 45 minutes, which was enough for a workout but would have been even better for a bit longer
– This location didn’t have an Exhale spa
…guess we’ll have to go back!

Learn more and sign up for classes here: https://www.exhalespa.com/locations/new-york/flatiron

When we arrived at the store, all runners (it was a big turnout, despite the ominous clouds) were given Brasil shirts, flags, whistles, facepaint, and a raffle ticket to win two tickets to Saturday’s game. We were already psyched up by the gear and excited by the pack of blue shirts as we stretched together, punctuated by cheers and exclamations as (nike) cameras and videographers snapped shorts of the runners.

(Above: the blue mob stretching, no idea what we’re in for)

This was my first “speed workout” with the club– 1/2 mile repeats with an option to run 4, 5, or 6 miles. We split into our respective groups, and the pacers encouraged us to run one group faster than normal, given that the “repeats” were only 1/2 mile, and then we would have another 1/2 mile to jog/recover before sprinting again. My usual pace is around 8:30 so I ran with the 8s, which turned out to be a zealous 7:45… and well… i’ll just tell you.

It was awesome! You can’t do an Indian run (when you run in a single file line, with the last person sprinting to the front) without a team, you probably wouldn’t keep your base pace at 7:45 without a front pacer, and you certainly wouldn’t have as much fun without all the Brasil hype and a(n extraordinarily talented) videographer skateboarding alongside you the entire way. I eeked out out 3 repeats which turned out to be about 5 miles (we ran to and from our “repeat” spot on the UES) and could practically feel myself adjusting to the faster base pace.

I’ve heard mixed reviews of New York’s infamous Nike Run Club, and as someone who (especially when it comes to athletics) will try anything once, I jumped at the chance to join a friend who wanted to give it a shot.

We showed up to our first run ten minutes late (Tuesdays and Thursdays they meet at the nike store at 6:30 pm… it’s called work, people?!) and I wasn’t sure what to expect after reading the Yelp reviews about it being “cultish” which is exactly what I’d heard through friends. In fact, I experienced the opposite. There seemed to be a good mix of regulars and first timers, everyone was super friendly— before the run even started I’d struck up a conversation with a stranger.

(Above: The view from atop the Queensboro Bridge.)

The running benefits have been measurable as well. My first run with the club was paced faster than I’ve been running in months— and since then the varied weekend routes (routes in the past few weeks have included up and around Marcus Garvey Park in Harlem and back and forth across the Queensboro Bridge— a snap from today’s run is pictured above) have progressively spurred my long-run mileage from 5k to 10k at race pace in just 2 weeks.

Not to mention, one of the pacers introduced me to the *FREE* Nike+GPS app for iphone and android, an incredible tool that maps your pace and time and will be a game changer for any runner with a competitive spirit (read: EVERYONE).

Overall, the club is a great drop-in motivator for those of us who like group running and are looking for a challenge but don’t want the commitment or expense of a full time club.